While giant cities (San Francisco, NYC, Phoenix) are often among these prestigious places, Minneapolis was just recognized for reducing green house gases and energy costs. The city hosted an energy challenge that included 15 individual buildings across the area. To participate, buildings had to comply with the city's benchmarking ordinance and take up 50,000 square feet or more. The goal behind this challenge/program was for buildings to limit their greenhouse gas percentage by 15% before 2020. Six buildings, including The Ackerberg Group's Calhoun Square, The Hennepin County Government Center, Wells Fargo Home Mortgage, Butler Square, Basilica of St. Mary's and Stinson ramp, completed the program and were recognized.

The structures made significant changes, like installing LED lights in parking ramps and parking areas, to achieve the goal. The challenge was a big success after greenhouse gases declined 55% and the costs of electricity were reduced by half! 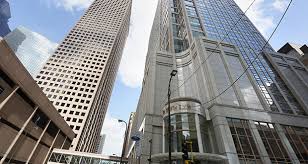 Finance Commerce reported a detailed look at the 6 buildings efforts:

Efficiency is the way of the future!

That's why so many cities are turning to CityForce - our all-in-one software suite to help with everything from tracking parcels, scheduling inspections, monitoring permits and complaints, tracking payments and more. Check out our product page and our testimonials to see how our current clients are saving 8-10 hours per week and doing more work for less than 1% of their annual budget!